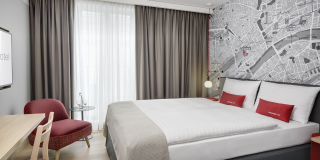 Deutsche Hospitality launched the new IntercityHotel Hildesheim on 18 January 2021. This modern and comfortable upper mid-scale hotel is located right next to Hildesheim’s main railway station and within easy reach of the city’s historic old quarter. Interior design is by the Italian architect Matteo Thun, who has won multiple awards worldwide for his product and hotel concepts. The IntercityHotel Hildesheim will offer 150 contemporary guest rooms, a Bistro Lounge, a bar and three combinable conference rooms. All rooms boast free fast Wi-Fi, a TV service which includes sport and Bundesliga channels, air conditioning, a desk, a safe and a fridge.

“With its location in the heart of Germany, Hildesheim is an ideal place for IntercityHotel, present at the important economic and tourist destinations,” said Christian Kaschner, Managing Director of IntercityHotel GmbH. “Establishing such a hotel now will ensure that we have a key foundation in place as the business and leisure markets start to recover in the second half of 2021. We would also like to thank our partner, the B&L Group.”

The Hamburg-based B&L Group is the developer of the IntercityHotel in Hildesheim and has been a contractual partner of IntercityHotel GmbH for many years. “Thanks to our collaboration with IntercityHotel GmbH, we can now look back on ten successful projects right across Germany,” stated Thorsten Testorp, Managing Partner of the B&L Group. “This is a partnership which has really proved its worth, even given the difficult conditions, which we have been confronted with over recent months. The highly effective concept and the outstanding transport links provide the perfect prerequisite for the future success of the IntercityHotel Hildesheim.”

Birgit Borchert, Director of the IntercityHotel Hildesheim, added: “Being able to open a hotel in such challenging times is a particular highlight for me. Hildesheim is a great location. Its numerous attractions, its cultural scene and, of course, the many companies to which it is home are all a super match for the IntercityHotel guest mix.”

All the sights of the city are easily accessible on foot or via local public transport, which guests are able to use free of charge during their entire stay by taking advantage of the FreeCityTicket scheme. Hildesheim was once famous all over the world for its half-timbered houses. Nowadays, this city of over 100,000 inhabitants is very much considered to be the secret cultural capital of Lower Saxony by virtue of its museums, theatres, churches, architecture and art treasures.

The hotel as a gallery

The photographic art project “Kunsträume” (“Art Rooms”) came into being following the conclusion of a cooperation agreement with Bielefeld University of Applied Sciences. Works by young artists with local links are now being displayed at selected hotels which operate under the IntercityHotel brand. The IntercityHotel Hildesheim is exhibiting works by the photographer Patrick Pollmeier which offer an individual view of the city and conjure up an abstract memory. 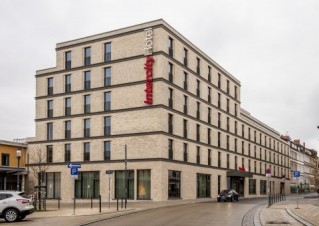 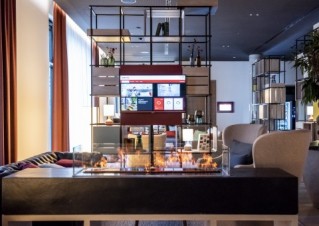 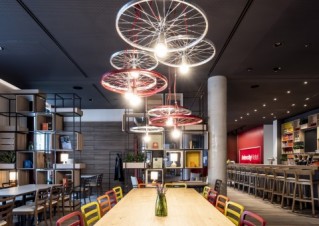 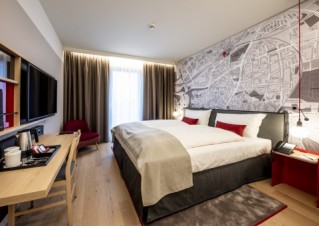 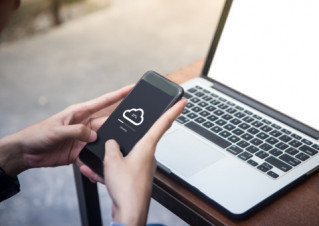 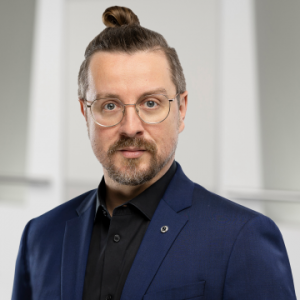 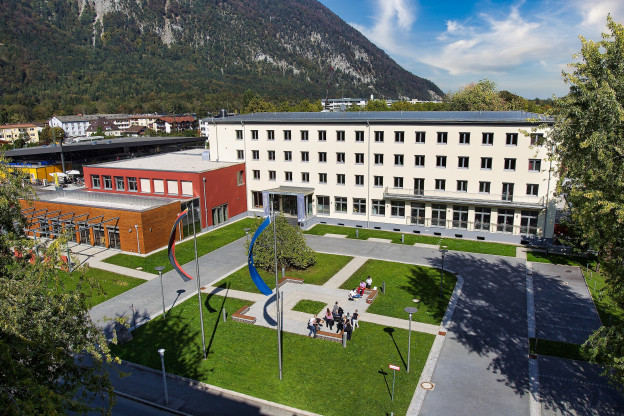 Update at the Steigenberger Academy 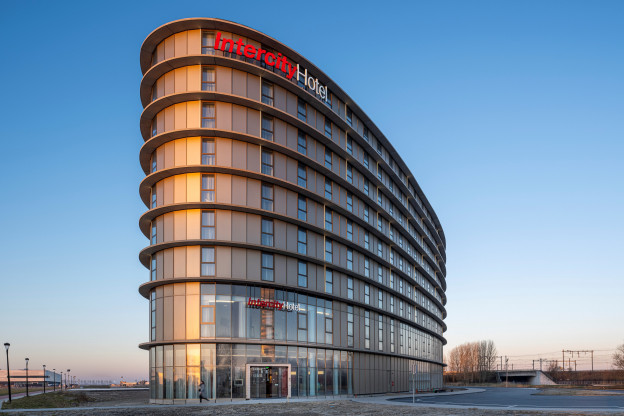